Genuine. Experienced. Committed to Justice. Serving Our Clients Since 1998 Contact Us Now
Home
About Us
Robert Salinas 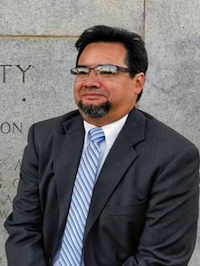 Robert Salinas graduated from the Boalt Hall School of law (“Berkeley Law”) in 1996. He represents employees from across the spectrum, including company executives, other professionals, construction workers, and low-wage workers in employment litigation matters such as wage & hour violations: 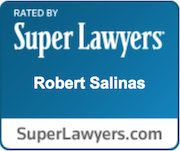 He was also appointed by the Alameda County Superior Court to monitor an ongoing Injunction against a landlord found by a jury to systematically and wrongfully retain security deposits on a class-wide basis from tenants. Mr. Salinas currently volunteers at the employment law clinic at Centro Legal in Oakland and at the Western Service Workers Association. He was selected a Superlawyer for year 2013. In June, 2004, he was honored with an award from La Raza Centro Legal in San Francisco, for his dedication and service providing pro bono legal help to low-wage workers. In the past he has participated in the Alameda County Bench Bar Speakers program and completed approximately seven (7) years of service on the Alameda County Bar Association Lawyer Referral Service Governing Committee.

Since 2011, Robert Salinas has been Lead Counsel Rated in Labor & Employment Law, based on verified experience, peer recommendations and ethics.

In 2014, Mr. Salinas joined the Million Dollar Advocates Forum of the Top Trial Lawyers in America. Membership in this organization is limited to attorneys who have won million dollar verdicts and settlements. There are over 4000 members throughout the country. Fewer than 1% of U.S. lawyers are members.